GREAT article about us in The Massillon Independent by Jolene Limbacher

ORRVILLE Say “cheese” and smile because Shisler’s Cheese House is celebrating its 60th anniversary Friday and Saturday with fun, food and festivities.

It’s a joyous occasion for matriarch Rita Shisler and her family, who have shepherded the small but mighty specialty food shop, which has been a longtime popular tourist stop on the east-west corridor of Rt. 30.

Throughout the next two days, the celebration will include music, prizes, face painting, characters from the movie “Frozen,” a bounce house and free cheese samples, hot dogs and grilled bratwurst.

The 900-square-foot store, which does a robust business:

It’s a shame, Rita Shisler lamented, that many people only know about pre-packaged cheese that’s cut into slices, wrapped in cellophane and sold as “processed cheese.”

“They have no idea what fresh cheese tastes like,” she said. “Once they taste it, they absolutely fall in love with it.”

Party: A two-day celebration of the family-owned business will include free cheese samples, hot dogs and grilled bratwurst, plus activities, music and prizes.

For 49 years, Shisler has been opening the store at 8 a.m. Monday through Saturday and at 9 a.m on Sundays. She’s the good-will ambassador with the personal touch and instant rapport with customers, chatting about where they’re from, how many children and grandchildren they have and how they must try their latest kind of cheese.

She reminisced about Grandpa Shisler, who at 19 years old, became the youngest postmaster of Dalton in 1909, a position that was once a political appointment. He held that job for 16 years.

He was quite the rebel, she recalls, because soon after he bought the store in 1958, he didn’t cotton to being told what hours he could keep.

Until, that is, the Wayne County sheriff conducted a sting operation by sending an employee to the store on a Sunday to buy a loaf of bread. With sirens blaring, they hauled a defiant Grandpa off to jail for violating Ohio’s now-defunct blue law, which prohibited retail activity on Sundays.

Then, to punctuate his personal dislike of government dictating his business hours, he refused to allow son Dan to bail him out right away. Grandpa was 76 when he died in 1966.

“I would not have gone to jail,” said Rita Shisler. “I would have followed the law and closed the store.”

Under Dan Shisler’s ownership, which began in 1959, the store grew by leaps and bounds. Rita Shisler said her husband was one of the best baseball players to come out of Dalton High School. From there, he went to Ohio University where he played ball, signed with the St. Louis Cardinals, but tore up his shoulder and never fulfilled his dream of playing in the majors.

After Dan and Rita married, he turned the store over to her and became delicatessen and wine manager at the former A & D Foodarama. They opened a second location — Shisler’s Cheese & Wine Barrel — in the Belden Village area in 1974. That store was closed seven years later so they could spend time with sons, Daniel (DJ) and Dennis before they graduated high school and went to college.

With an estimated 40,000 cars a day passing Shisler’s Cheese House, Rita Shisler said about 80 percent of their customers are tourists or folks who frequently travel to the Columbus and Canton areas.

Plans call for expanding the current structure late this fall, making it at least three times larger and having a dining area for soups and sandwiches. Dennis, a third-generation Shisler who manages the store, which is just outside of Dalton, would like to construct a building nearby to expedite shipping orders. Sixty percent of shipments, he said, go to the Tampa-Clearwater area, crediting much of those sales to local people who have moved South.

The family also has discussed opening stores in the Greater Tampa area, Dallas and perhaps Reno.

A second location is open in Copley at 1275 Cleveland-Massillon Road and is owned by son Daniel Shisler. It offers catering, deli sandwiches and soup, wines and a large variety of specialty foods.

Dennis Shisler and his wife, Claudia, have a nine-year-old daughter, Natalia, who, as a fourth-generation Shisler, enjoys being in the store with her grandmother and running the cash register and making change.

See the full text of the original article in the Massillon Independent here.

By admin / Date Jan 03.2014 / Category Cheeses, Favorite Recipes
For those of us who like to entertain, there are few more sophisticated appetizer plates than fondue.

There are countless recipes for fondue, but most contain some form of the original “Swiss” cheese.  Many contain Emmentaler or Gruyere, but in today’s economic climate it is not always necessary to break the bank with expensive imports to impress your guests.  The taste is what will impress them, and the best tasting fondue we’ve tried is made with Ohio’s Amish Country Swiss Cheese.

Ingredients
Preparation
Start out by rubbing the inside of the fundue pan with the garlic clove.  Then place the dish over heat and begin warming the wine.  Stir in the grated cheese, and continue to stir constantly.  When the wine and cheese begin to bubble, add pre-mixed kirsch and cornstarch.  Continue to stir over heat for 2-3 minutes.
To serve, the fondue pot should be the centerpiece of the table placed over a spirit burner.  Make sure each guest has a plate and fondue fork.  There are many creative items to serve with fondue, but a basket of bread cubes is standard.

Our Segment on Out ‘N About Columbus that aired on September 29, 2013.  Here is where you can purchase some of the items that were referenced: Ohio Swiss Cheese, Yogurt Cheese With Garlic and Herb, Manchego Cheese, Smoked Cheddar Cheese, Heggy’s Chocolates.

Shisler’s Cheese House Copley is owned by one of our family members.  They are located at 1275 S. Cleveland Massillon Rd. Copley, OH 44321 and on the web at www.shislerscheesehouse.com. 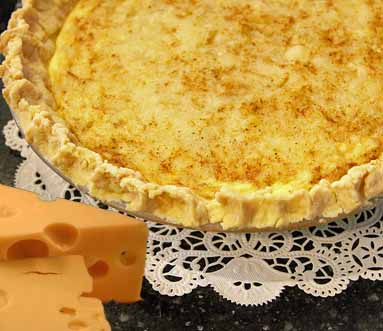 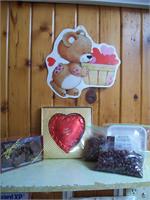 A Collection of The Best Sweet Treats for The True Chocolate Lover!

Heggy’s Candy Company has built a rich tradition of premium hand crafted chocolates and candies throughout the United States for over 9 decades. Founded by Ben Heggy in 1923, Heggy’s Chocolates remains one of the premiere candy companies in America.

Over the years, Heggy’s Chocolates has remained a family owned and operated business and today they maintain a high level of commitment to their customers and the community.

Heggy’s Chocolates has built a devoted following of candy lovers in the US over the years, and we at Shisler’s have created a special Chocolate Lover’s Valentines Gift Box made primarily from Heggy’s Chocolates.

[youtube=http://www.youtube.com/watch?v=WgNHGwlyEtM]This is our Christmas radio spot from 2009, during Matt Patrick’s last two weeks with WKDD. Matt may be semi-retired, but his words here still ring true. 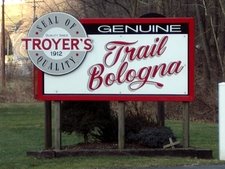 Michael Troyer began producing this bologna in 1912.  He used a special blend of seasonings and unique wood smoking process to develop this chunky beef bologna with a rich smoky flavor.  It was originally hand stuffed into casing and rolled into its hallmark “ring” shape.  It is a common misconception that the Original Trail Bologna was made from Venison (deer meat).  It is illegal to sell the meat of wild game, so the Original Trail Bologna is all beef.  But the facility will process deer brought in by hunters using their unique methods.  There is also a rumor that Michael Troyer purchased his recipe for $25 from another family in Trail named Weiss, who had already been producing the now famous bologna for some time.  But that has never been confirmed.