Today our cheese glossary continues with the letter D! 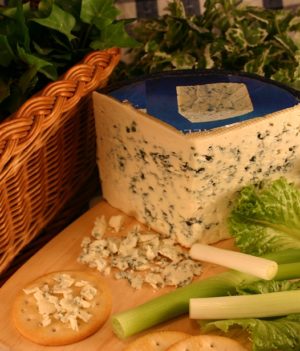 A cheese style, traditionally a 22-pound wheel of Cheddar, coated with wax and cheesecloth.

A cheese made in Vermont, made from raw goat milk. Danby is a hard, extra-aged cheese made in the style of Italian sardos like Piave and Asiago. It is aged for a minimum of six months and develops into a pure, dense white paste with a firm, smooth texture, and a rich flavour.

The process of separating the curds (solids) from the whey (liquids). This is the first step towards the cheese really beginning to take shape!

Cheese that has been formed into a small cylinder. This is most common with cheeses such as Colby, Colby Jack, and Pepper Jack.

Transferring the curds from the whey into forms to set.

A cheese in which lactic acid is using to coagulate the curds rather than rennet.

Quite simply, a cheese that is formed in a disk shape. These include Brie and Camembert. Because of the shape, it allows a fairly quick aging process to take place.

This is a cheese made with milk that has at least 60% butterfat in it. Cream is added to the milk before the coagulation of the curds takes place.

A dry cheese is usually rather crumbly. In most cases, this would indicate a defect in the cheesemaking process, as most cheeses should still be moist even if they crumble slightly.

This refers to the dry elements of cheese that would be left if all of the moisture were removed. This includes proteins, milkfat, milk sugars and minerals A cheese with less dry matter will be softer. Most soft cheeses are around 50% dry matter and 50% water.

Do you have a term that you would like us to add to the cheese glossary? Let us know in the comments below!