Ice Wine- Is It Worth The Buy?

Ice wine might be one of the sweetest mistakes nature has ever made. It is difficult to think how anyone would purposely go out to make ice wine because although it might look like it, ice wine is one of the hardest, tedious wines to produce. Just imagine being outside in sub-zero temperatures, in the dark, trying to harvest frozen grapes. 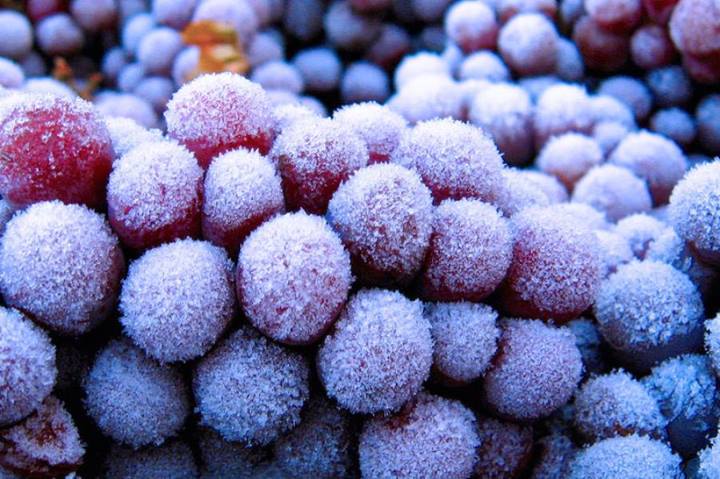 Ice wine is one of the wine treasures of the world, despite some claiming to hate it. It may have almost double the sweetness of your average soda, but once you taste a really decent ice wine, it’ll be hard not to love.

The History Of Ice Wine

The history of ice wine is that during a cold winter in Franken, Germany, in 1794, winemakers were forced to create a product from the grapes available for harvest. The result of this was wines that had a particularly high sugar content, along with amazing flavor. This technique then became popularized in Germany.

How Ice Wine Is Made

The secret to creating ice wine is by processing frozen grapes at around 20 degrees Fahrenheit. The frozen grapes are then transferred into a grape crusher and then into a grape press. Only around 10-20% of the liquid is used for the ice wine and it can take anywhere between 3-6 months for the fermentation process because the juice is so sweet. Once complete, the wines have around 10% ABV and a sweetness range of 160-220 g/L of RS.

The Grapes That Are Used To Produce Ice Wine

The best grapes for ice wine are the ones that grow well in cold climates. These grapes include Cabernet Franc, Merlot, Gewürztraminer, Riesling, Grüner Veltliner, Chenin Blanc, and Vidal Blanc. Cabernet Franc Ice Wines, while delicious, can be incredibly rare, unless you’re in Ontario, Canada, where it can be found relatively easily.

Although ice wine is a dessert wine, you might want to pair it with somewhat subtle desserts that contain enough fat to balance the explosive fruity flavors and high sweetness. A few desserts that pair well with the ice wine are vanilla pound cakes, ice cream, cheesecake, and white chocolate mousse. Another great pairing for the more savory lover would be soft cheeses.

The price of ice wine is so high primarily because of the cost of production. They are also sold in half bottles because it takes 4-5 times as many grapes to produce the wine. With this, the market for these wines is so small, that you can expect to find ice wines from the US around the $30 mark. If you see any for a lot cheaper, they are likely to be poor quality and/or commercially frozen.

A lot of people believe ice wines can only age around 10 years, but special varieties have proven to age much longer than that. This is all because of the wine’s acidity level and lack of volatile acidity. Wines with higher sugar content and high acidity are likely to age for 30-50 years. It is also inevitable that their taste profile over time will change and the wines will become darker in color and sweeter tasting.

The “Untold” History of Cheese

About 9,000 years ago, a nomad was travelling and brought along with him some milk in an animal stomach, serving as a sort of thermal insulator, to have something to drink at the end of the day. But when he arrived, he discovered that the rennet in the stomach lining had curdled the milk, creating the first cheese.

But there’s a major problem with that story, as University of Vermont cheese scientist and historian Paul Kindstedt explained on the latest episode of Gastropod—a podcast that explores food through the lens of science and history. The nomads living in the Fertile Crescent of the Middle East in 7000 B.C. would have been lactose-intolerant. A nomad on the road wouldn’t have wanted to drink milk; it would have left him in severe gastro-intestinal distress.

Kindstedt, author of the book Cheese and Culture, explained that about a thousand years before traces of cheese-making show up in the archaeological record, humans began growing crops. Those early fields of wheat and other grains attracted local wild sheep and goats, which provide milk for their young. Human babies are also perfectly adapted for milk. Early humans quickly made the connection and began dairying—but for the first thousand years, toddlers and babies were the only ones consuming the milk. Human adults were uniformly lactose-intolerant, says Kindstedt. What’s more, he told us that “we know from some exciting archaeo-genetic and genomic modeling that the capacity to tolerate lactose into adulthood didn’t develop until about 5500 B.C.”—which is at least a thousand years after the development of cheese.

It took another recent advance to figure out the origins of cheese: Kindstedt says that only recently have scientists been able to analyze the chemical traces on pottery from thousands of years ago in order to find milk fat in the higher concentrations that indicate it was used to hold cheese or butter, rather than plain milk.

Using this new research, Kinstead explains, we now know that the real dawn of cheese came about 8,500 years ago, with two simultaneous developments in human history. First, by then, over-intensive agricultural practices had depleted the soil, leading to the first human-created environmental disaster. As a result, Neolithic humans began herding goats and sheep more intensely, as those animals could survive on marginal lands unfit for crops. And secondly, humans invented pottery: the original practical milk-collection containers.

In the warm environment of the Fertile Crescent region, Kinstedt explained, any milk not used immediately and instead left to stand in those newly invented containers “would have very quickly, in a matter of hours, coagulated [due to the heat and the natural lactic acid bacteria in the milk]. And at some point, probably some adventurous adult tried some of the solid material and found that they could tolerate it a lot more of it than they could milk.” That’s because about 80 percent of the lactose drains off with the whey, leaving a digestible and, likely, rather delicious fresh cheese.

With the discovery of cheese, suddenly those early humans could add dairy to their diets. Cheese made an entirely new source of nutrients and calories available for adults, and, as a result, dairying took off in a major way. What this meant, says Kindstedt, is that “children and newborns would be exposed to milk frequently, which ultimately through random mutations selected for children who could tolerate lactose later into adulthood.”

In a very short time, at least in terms of human evolution—perhaps only a few thousand years—that mutation spread throughout the population of the Fertile Crescent. As those herders migrated to Europe and beyond, they carried this genetic mutation with them. According to Kindstedt, “It’s an absolutely stunning example of a genetic selection occurring in an unbelievably short period of time in human development. It’s really a wonder of the world, and it changed Western civilization forever.”