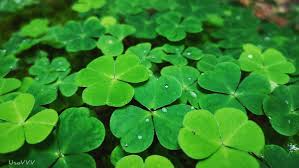 On Sunday 17th March, people around the world will celebrate St Patrick’s Day. Today we thought we would tell you a little more about the history and traditions of the day.

What is St Patrick’s Day?

It is a cultural and religious celebration held on the death day of St Patrick, the patron saint of Ireland.

Who was St Patrick?

He was born in Roman Britain in the late 4th century and kidnapped at the age of 16 when he was taken to Ireland as a slave. He escaped but later in order to convert the Irish to Christianity. By the time of his death on March 17, 461 AD, he had established monasteries, churches, and schools across the country. He also wrote that he “baptized thousands of people”.

There are many legends surrounding St Patrick. Probably one of the most famous is his use of the shamrock to illustrate the Christian teaching of three persons in one God. The shamrock subsequently became a symbol for St Patrick’s Day and for Ireland as a whole.

Another legend tells that he banished all of the snakes from Ireland, after they tried to attack him as he undertook a 40-day fast on top of a hill. Some say that the snakes are a metaphor for the druids, who St Patrick drove out by teaching Christianity.

How is St Patrick’s Day celebrated?

It is officially a public holiday in Ireland. Historically, the Lenten restrictions on food and alcohol were lifted for St Patrick’s Day, making it a time of celebration. That has continued today with drinking and revelry forming part of the celebrations in many different areas around the world. There are often parades and festivals with traditional Irish music and many people will wear green or adorn themselves with a shamrock.

The custom of ‘drowning the shamrock’ was popular in the past, with a shamrock being placed in a glass and covered with whiskey, beer or cider. The shamrock was then either drunk with the rest of the drink or tossed over the shoulder for good luck.

In England, the British Royals traditionally present bowls of shamrock to members of the Irish Guards, a regiment in the British Army. This is currently done by the Duchess of Cambridge. The city of Liverpool has the highest proportion of residents with Irish ancestry in England and they celebrate with a parade as well as musical and cultural events.

Around the world, parades are held in Moscow, Sarajevo, and Tokyo, amongst other cities. The Caribbean island of Montserrat and the Canadian province of Newfoundland & Labrador both join Ireland in taking a public holiday.

Are there traditional foods to eat?

Soda bread, a yeast-free bread that is very simple to make, is a traditional Irish food and is a good accompaniment to a main meal of roast lamb and potatoes. You could also enjoy a traditional Irish stew. For dessert, baking with chocolate and Guinness is a fun way to celebrate Irish flavors.

We hope you’ve enjoyed our exploration of St Patrick’s Day. How will you be celebrating? Let us know in the comments!