Yogurt Cheese with Garlic and Herb $7.49

Parmesan Cheese has a complex, sharp, nutty flavor with a somewhat grainy texture. It is often used as a grating cheese but has many other culinary uses. Parmesan Cheese is wonderful grated and sprinkled into soup, shredded over a green salad, included in a pesto or Alfredo sauce, and served with meats such as veal and chicken. Of course, Parmesan Cheese is ideal for grating over pasta or risotto. Chunks of the crust may also be simmered into soups to add flavor to the broth. Try Parmesan Cheese on its own as a table cheese and you will discover that it is rich and full of flavor. Try it cut into chunks and drizzled with thick balsamic vinegar for a special treat.

Parmigiano Reggiano cheese gets its name from the Italian regions of production: Parma, Reggio Emilia, Modena, Bologna, and Mantova. Parmesan Cheese originated in the Middle Ages at least 700 years ago. As monks moved into regions of northern Italy, they revitalized the land after it fell into disarray following the collapse of the Roman Empire, making it suitable for farming and raising cattle. Parmesan Cheese was first made in Reggio Emilia with production spreading to the Parma and Modena regions. With the exception of new production equipment and technology, the basic process to make Parmesan Cheese has changed very little for hundreds of years. It wasn’t until the turn of the 20th century that Parmigiano Reggiano production drastically increased as small producers joined cooperatives and took advantage of improvements in transportation that enabled them to export the cheese to the US and other European countries. 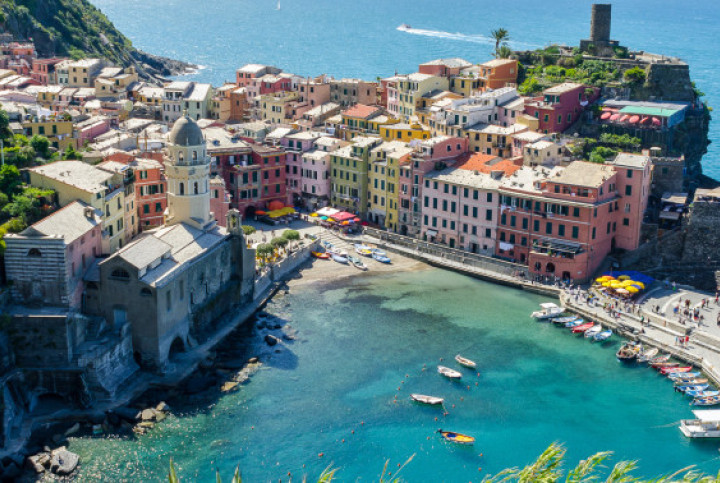 A Parmesan Consortium was created in 1934 which regulates production of authentic Parmesan Cheese and inspects all of the cheese produced by nearly 800 cheese producers. Parmigiano Reggiano is a Protected Designation of Origin (PDO) cheese in the European Union, which legally requires the cheese to be produced in certain regions of northern Italy in order to be labeled as Parmigiano Reggiano. In the European Union, PDO status is extended to the name “Parmesan”, while outside of Europe, the phrase “Parmesan Cheese” may be used to refer to any hard grating cheese, regardless of quality, taste and nutritional components. Many cheeses labeled as Parmesan Cheese are processed differently from authentic Parmigiano Reggiano, meaning that they can be aged for less than 12 months, made with pasteurized milk, and can be sold in pre-grated form – all of which is not allowed in the production of authentic Italian Parmesan Cheese.Wine Pairing for ParmesanThe ideal wine pairing for Parmesan Cheese includes but is not limited to Baco Noir, Cabernet Franc, Cabernet Sauvignon, Cabernet/Merlot(Bordeaux),Grenache,Sherry, Syrah (Shiraz) and Zinfandel.

Be the first to review “Parmesan” Cancel reply