Valentine’s Day is one month away.  And, just like that, the season of LOVE is upon us!  The time of year that sprinkles chocolate like water, pays the overhead of florists and Hallmark for the whole year, pops construction paper cut outs of asymmetrical hearts with crayon I Love You’s in the windows of homes around America.  But where does this tradition come from? You may know the most common thread behind the origin of this holiday for the lovers of the world.

Valentine’s Day, also called St. Valentine’s Day, holiday (February 14) when lovers express their affection with greetings and gifts. The holiday has origins in the Roman festival of Lupercalia, held in mid-February. The festival, which celebrated the coming of spring, included fertility rites and the pairing off of women with men by lottery. At the end of the 5th century, Pope Gelasius I replaced Lupercalia with St. Valentine’s Day. It came to be celebrated as a day of romance from about the 14th century. Valentine’s Day is celebrated on Sunday, February 14, 2021. – As taken from Encyclopedia Britannica

But the History Channel shares more in depth commentary and theories about the foundation and the evolution of this widely known holiday that lovers love and singles detest. 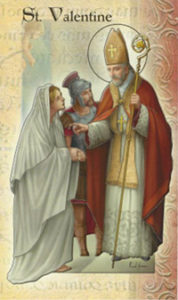 There is lore in ancient Rome of three separate Saints by the name of Valentine.  All of whom were martyred.

It is widely believed that the holiday falls in the midst of February to commemorate the death of St. Valentine.  But others believe that Christianity took charge and pledged the day of St. Valentine to February 14th in order to overtake attention during the Pagan fertility festival of Lupercalia. The celebration of Lupercalia was one of sacrifice, nudity and free love. and was frowned upon by the steadily rising population of the Christian faith.

The two celebrations battled for foreground of the festivities until Lupercalia was deemed unchristian like at the end of the fifth century.  The Pope deemed February 14 “St. Valentine’s Day.”  And not much later, it became officially “The Holiday of Love.” 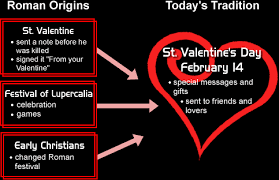 Even later, lovers began bestowing gifts and love letters upon one another surrounding this holiday for Saint Valentine. Will you carry on the tradition and do the same?

We hear people like chocolate (and cheese) for Valentine’s Day 🙂  Order yours online for a pre-holiday delivery today!