Is Raw Cheese Healthy or Unhealthy?

We’ve all eaten cheese at some point in our life, unless health reasons prohibit us from doing so. But what is “raw” cheese? No, it is not cheese that is not cooked thoroughly. Instead, raw cheese is made from milk that is not pasteurized. For a while now, food critics and health experts alike have continually debated the benefits and disadvantages that consuming raw cheese can have on one’s health.

Consuming unpasteurized cheese is considered the thing to do today, as buying artisanal foods as such is trending very high in today’s market. There are some who believe consuming cheese’s raw version is a healthier option than its counterpart, pasteurized cheese. However, as some would believe that raw cheese promotes health, there are others that contradict such claims. 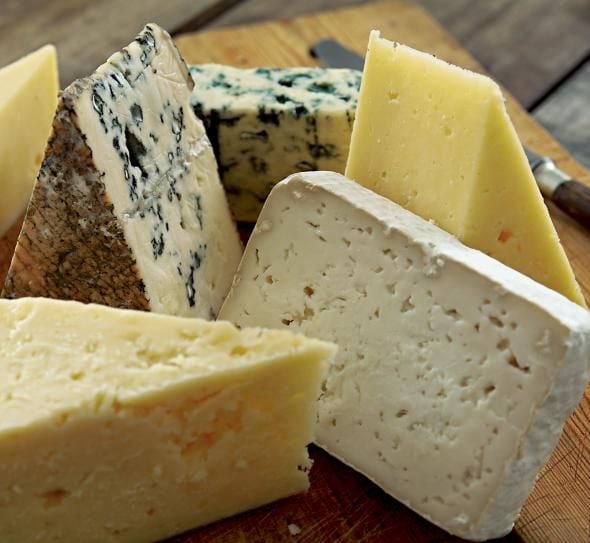 As program director at Oldway’s Coalition, Carlos Yescas, noted, there are a number of benefits to eating raw cheese. Among the key benefits are the diversity of microorganisms that are contained within the raw cheese. While uncertainties still remain due in large part to the human biological response to these microorganisms, the majority of the microbes present in raw cheese have the ability to combat disease and bodily infections. While many folks have shown concern with raw cheese and its production, Yescas assures that at the forefront of safety measures for producing raw cheese, is the diligence in making certain that good milk is sourced. It is the cheese-makers utmost priority to ensure that quality of the milk is superior which includes animal living conditions, animal nutrition and diets and animal husbandry. Because of the great risk involved when not pasteurizing the milk, a great deal of time, energy and resources are invested in making certain the conditions surrounding the milking-process is pristine.

Raw milk also has similar nutrients that are normally contained in pasteurized cheese, such as protein and calcium, among others while tasting identical to their counterparts.

Normally, you’ll find the cheese-making process to use milk that has been pasteurized. The pasteurization process involves heating the milk to destroy and pathogenic microorganisms that might be harmful, while maintaining its integrity of nutritional quality. In some cases, the pathogenic microorganisms can make you fall ill, especially those with lower immune systems like children, pregnant and breastfeeding women, older folks and those with chronic diseases. It is best advised to not consume raw cheese if under these conditions.

A number of raw cheeses can be found at local markets, by local producers. It is of the utmost importance to check and ensure that the conditions and environment of where the cheese is kept up to health and safety regulations. If you decide to consume raw cheese, make certain you are aware of where you are buying it from and how the methods in which the producer treats and raises the cows for milking.