Home/Cheese Use/Cheese is Everywhere in Wisconsin… Even on the roads?!

Cheese is Everywhere in Wisconsin… Even on the roads?!

We all know that Wisconsin is known for its cheese-making prowess and it has become well-deserved honor through the course of history. Cheese and cheese-making have become such a mainstay across Wisconsin that vehicle license plates carry the slogan “America’s Dairyland” while lawmakers have officially coined the bacterium found in Monterey Jack cheese as the official microbe of the state of Wisconsin. A little over the top? Perhaps, but to each their own. However, one thing that takes Wisconsin’s love for its cheese from interesting to just… mind-blowing… is the use of cheese as melting agent for its city streets during winter.

In 2013, Milwaukee commenced a program that would use cheese brine to prevent citywide roads from freezing over during winter. The melting solvent was a mixture of cheese brine and traditional rock salt. The purpose behind this program was to execute a more cost efficient means of treating roads during the year’s harshest weather. 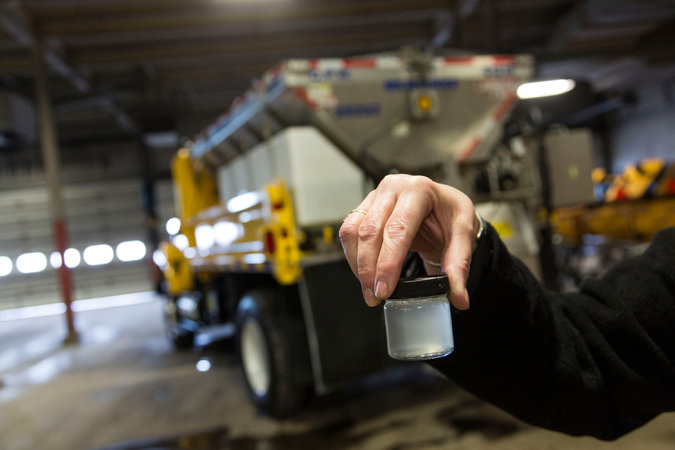 According to Jeffrey A. Tews, operations manager for the city’s public works department, “You want to use Provolone or Mozzarella, which has the best salt content. You have to do practically nothing to it.” Tews and his crew, in the program’s infancy, spread the solvent across the streets of Bay View, a neighborhood on Milwaukee’s north side.

A group of experts noted that efforts to reuse the brine from cheese was only a matter of time before that came to fruition, especially considering a state so enamored in cheese like Wisconsin.

A local city official in Milwaukee noted that the state is trying to extract every possible use out of cheese it possibly can. He went on further to note that if the program continues to make leaps and bounds, it will most likely be implemented by cities all across the country. While the prospect of this program does sound like a genius idea, it does come with the potential for negative impacts, as does any newly piloted program in its infancy. Some of the issues that may surface range from:

If at first this sounds like a laughable program, think about the facts in play. Wisconsin produced well over 2 billion pounds of cheese in 2012. With such lofty amounts of cheese production comes an overwhelming supply of brine, which would otherwise be sent to the waste plant. Cheese brine, by city requirements, is allowable as a treatment on roads if limited to an 8 gallon to one ton rock salt ratio. The benefit of using brine in solvents for treating roads works for both parties, the dairy plants and the city’s public works departments. The dairy plants save on hauling costs for those municipalities in need of brine for road treatments who are willing to travel to the plant and haul it away for them (saving an average of $20,000/year) while the municipalities save on the cost of rock salt with the addition of brine to their treatment solvent (saving an average of $40,000/year). In the long run, it would seem that while there are both pros and cons on the table, I would suspect that the benefits of using brine to treat winter roads would tremendously outweigh the shortcoming of its use. I could see this become a nationwide program over the next decade.

Cheesemaking: How To Make Ibores

How The Aging Process Works