The Cinnamon Roll: A Heavenly Encounter

When you think cinnamon, you think sweet, you might think of a spice, you might think of bread, pancakes, coffee or even cereal. But the quintessential creation involving cinnamon is none other than the Cinnamon Roll. The ooey, gooey, warm taste of a cinnamon roll on a cold, winter day with a cup of hot cocoa or coffee simply cannot be beat. Cinnamon, sugar and butter, on their own, are relatively mundane ingredients. When they come together, though, is when the fireworks shoot off and we can clearly see the marriage of these ingredients present in every cinnamon roll made on this planet, albeit, different variations of this sweet treat exist.

Cinnamon Rolls, while not having been around since the beginning of time, although sometimes its seems very hard to fathom our world every having lived without them, the ingredients used in making cinnamon rolls have been around for millenniums… literally. Bread, cinnamon, sugar and butter have all been around since before the time of Christ. Yeast bread dates back to around the year 1,000 BC and was first discovered in ancient Egypt. Cinnamon is nearly double in age as it dates back to around the time of the birth of Christ, circa 2,000 BC. Cinnamon was often imported from Egypt to China and was very highly regarded to where it was actually passed off as a gift for monarchs of the day. Butter, similarly, dates back to a similar period as cinnamon. Around the middle of the 19th century, machines began taking place of manual labor often done by farmers’ wives when it came to making mass quantities of butter. Finally, sugarcane was first discovered in a region, now called New Guinea. First cultivated in the US sometime in the 1700s, the first sugarcane refinery was built in the late 17th century in New York.

The Birth of the Cinnamon Roll

In Swedish lingua, “kanelbulle” is the coined term for cinnamon rolls, which literally means, no surprise, “cinnamon bun”. Other names that cinnamon rolls have adapted over its rich history is “sticky rolls” and “sticky buns”. However, with these various names comes various renditions of the original cinnamon roll. Some of these may not even contain cinnamon, but either more of a sugar-based glaze or a honey-based glaze.

Cinnamon Rolls hit the US 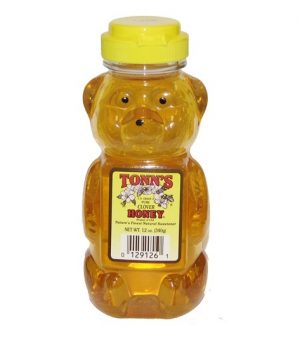 Quick Baking Mixes to Get You Through the Week Bread: How to Make It