View cart “Bermuda Onion Cheese” has been added to your cart. 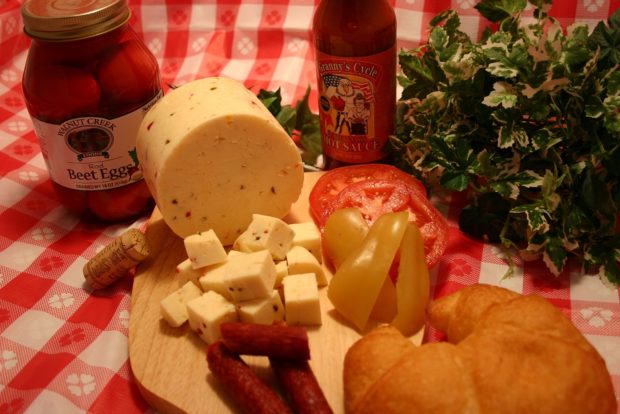 The Cheese, commonly known as Monterey Jack was made by the Mexican Franciscan friars of  Monterey, CA back the 19th century. A California businessman named David Jack first realized the market for the cheese could be developed. He produced the mild, white cheese, which came to be known as “Jack’s Cheese”, and eventually “Monterey Jack.”

Later, sensing a market in the western US for a spicier version of the friars’ concoction,  producers began adding small pieces of spicy peppers to the curds of their jack cheese, adding a zing to buttery cheese. Thus, Pepper Jack Cheese was born.

Be the first to review “Pepper Jack Cheese” Cancel reply